Go to content
FRENCH WINE BARRELS (Barrique)
The wine barrel as we know it today, built with wooden staves, was most likely developed by the Celts. They arrived in the 23rd Century BCE in an area known today as the Burgundy/ France. Wine aged in new oak barrels (barrique) takes on some of the compounds in the barrels, such as vanillin and wood tannins.
The presence of these compounds is dependent on many factors, including the place of origin, how the staves were cut and dried, and degree of "toast" applied during manufacture.

After roughly three years, most of a barrel's flavour compounds have been leached out and it is well on its way to becoming "neutral". To retain the desired measure of oak influence, a winery will replace a certain percentage of its barrels every year.
This is the time when we come and get the barrels ............ we collect the wine barrels from various wineries in the Bordeaux region to build unique wine barrel furnitures and acessoires. We use exclusively French barrels because of their good quality. 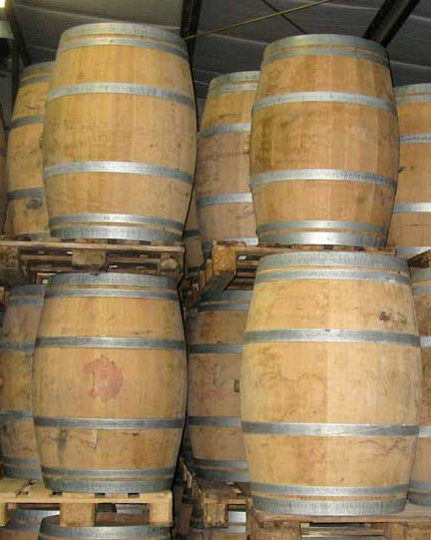 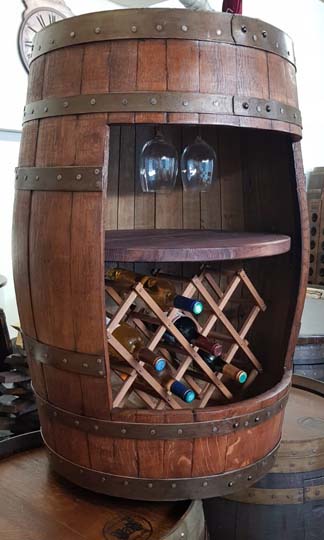 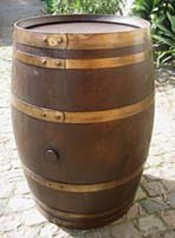 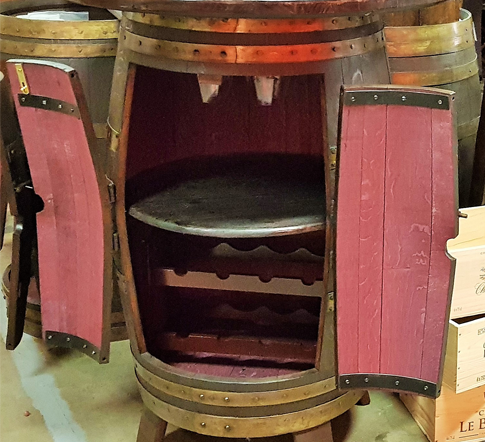